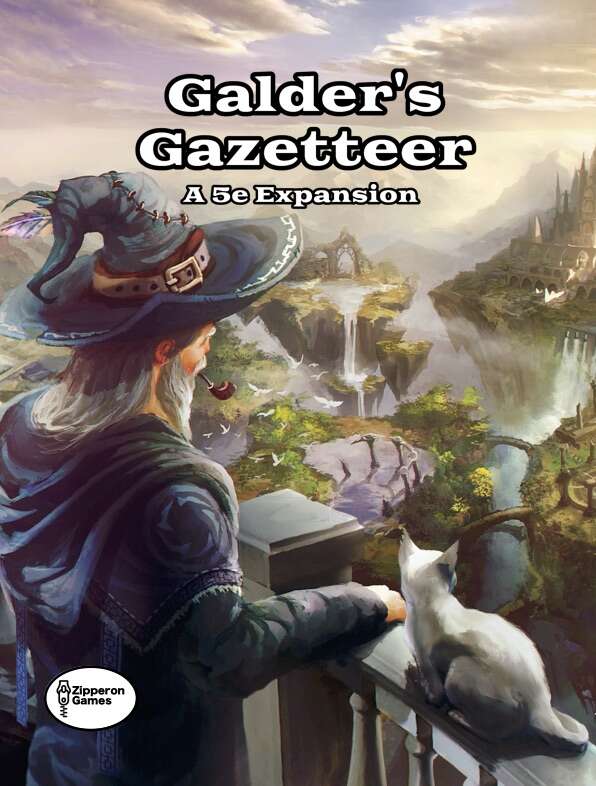 100% of proceeds from the sales of this book are being donated to the Cancer Research Institute. You can read more about Laurence’s story and what you can do to support youth early diagnosis at laurencescampaign.blog

Galder’s Gazetteer is a 192 page book for advanced #DnD 5E players, dedicated to the memory of a young player who died of cancer. All proceeds from the book are donated to the Cancer Research Institute. This D&D Sourcebook is jam-packed with new rules, conditions, classes, subclasses, ancestries, spells, feats, adventures and DM tools on a level of quality that mirrors that of Xanathar’s Guide and Tasha’s Cauldron of Everything.

Backstory of Galder, the Wizard

Galder, the Wizard was the character played by a young man named Laurence. Laurence died of a rare cancer in 2020 at the age of 21. But before he passed, he asked in a reddit post (https://bit.ly/2k82oZC) if there was a way for his character to live on. Galder is now an NPC in hundreds, if not thousands of home games.

Glader’s Gazetteer is dedicated to his memory. This 5e expansion is framed as Galder’s notes on how things are done across the multiverse as he continues his journey.

Sales of the finished book will be donated to the Cancer Research Institute. Order today and help honor the legacy of someone taken too soon, and help in the fight for everyone else.

This major 5e supplement for advanced players & GMs expands the game by adding new actions, conditions, and martial options. Integrated with the expanded rules there are a host of new player options, a GM toolkit, and two one-shot adventures in this 192pg full-color book.

The wizard Galder has traveled to many, many worlds. Along his journeys he has taken notes on the mysterious and fantastic things he’s encountered.

A while back, a young guy named Laurence made a post on online. Laurence shared that he had a rare form of cancer and only had weeks to live. He wanted something to be remembered by, and asked if there was any way his character could be added to the game’s lore.

With kindness, a whole group of the community got together and, while they couldn’t make it “official”, they said they would be honored to include his character as a NPC in their home games, to exist in their worlds. To keep living in their stories.

But this book goes a step further. Galder’s Gazetteer describes his journeys through all those worlds. This expansion to 5e is framed as Galder’s notes on how things are done differently across the multiverse including: