Randy is the son and only kin of Barthalamu (Bart) and Ingred Strongborn. He was raised in a modest lifestyle. His father, Bart, had many talents and did whatever he could for money. He was well versed in the art of armor and weapon crafting, construction, farming (mostly livestock of all sorts) and in his later years began to dabble in the construction of magic and potions.

His journey and interest in the latter came from a chance encounter with the King of their village. While Bart was out trapping wild boar to domesticate and eventually farm for meat and money, The King was also in the same track of land on a wild boar hunt. The King’s hunt; however, was strictly for sport.

Just as Bart had finished checking his traps, he heard an awful squeal and yelling coming from just over a rocky terrace. Bart stopped what he was doing and went to see what the racket was all about. Just as he was able to peer over the terrace he laid eyes on a horrible sight. The King and his three guards had been cornered by two of the largest boars Bart had ever seen! All three of the guards, in trying to protect their King, had been slain or otherwise incapacitated by the two voracious swine and Bart knew that if he did not intervene the King would be next. So, without thought of who he was trying to help or the challenges that he would face, Bart ran toward the scene, and with his amazing dexterity vaulted off one boar’s back, and landed directly between the King and his would-be killer. As one boar lunged at him, Bart reached for his trusty dagger that he had made in years past, and plunged it directly into the boar’s eye socket dropping the boar instantly into a lifeless pile of flesh and tusk.

As the second hog lunged something strange happened. Bart felt overtaken by a feeling he had never felt before and blacked out, but in the haze between clarity and his blackout as he was losing consciousness, he witnessed what appeared to be the tree roots coming to life as they ensnared the boar and drug it asunder.

When Randy’s father awoke, he was greeted by several unfamiliar faces. One, an old man, clad in little more than a bed sheet and holding an old rickety staff. One, with skin of a purplish hue. The third, a middle-aged man looking quite common and then the King himself. All these men were staring at Bart with anticipation as though they were waiting to see what he was going to say, but at this point the only words Bart could muster was a meager “Where am I?” The King stepped up and cleared the bedside as to give Bart some breathing room. He then went on to explain what he had witnessed in the woods the day before when Bart had gone unconscious. It all seemed just like Bart remembered with the exception on one Major detail. According to the King and the one surviving guard, the tree roots did not just come to life on their own. They both agreed that it seemed to be Bart who both brought them to life and controlled their actions in order to save the King’s life! After much back and forth with the King and his companions, who Bart now knew were the King’s wizard, druid, and alchemist, respectively, It was brought to Bart’s attention that he himself may have druid blood running through his veins, and the events of the previous day was a result of those powers trying to break free and be known.

It was the aforementioned events of that day that earned Bart, Ingred, and their then teenage son Randy a permanent home in the King’s court. In the years that followed, life was in many ways easier for the family of three. Their needs were taken care of by the King as payment for Bart’s act of heroism, so they had a lot more time on their hands. Time that otherwise would have been spent trying to earn money for the needs of the family. 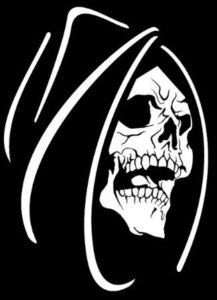 It was with this time that Randy honed his own skills, taking lessons from the Wizard, Druid, Alchemist, and on a rare occasion even the king himself. This is not to say however that life was without its trials. See, the King’s city rest in the foothills of a very large Volcano and though the volcano itself, lie dormant, the chambers and corridors within the mountains’ many cave systems seemed to burst at the seams with treacherous activity. At the heart of the mountain, in the deepest of the chambers a powerful skeleton wizard had made his home. Though few people had ever laid eyes on the wizard king and lived to tell the tale, his minions made their presence known quite regularly. These minions usually came in two forms, Golems constructed of brimstone and wraiths of fire.

Every few months the Wizard King would send his constructs to the city to pillage and destroy what they could with little to no known reason. Some of the older villagers would tell stories that it was sheer envy on the Skeleton Kings part. They speculated that the King was envious of the human condition. We were capable of emotion and feeling, and had meaning to our lives while his was but an empty shell of what he once was and no longer capable of such things. None-the-less, every few months the city dwellers would have to band together to fight off the minions to protect their families and village.

It was through these trials and tribulations Randy was able to hone his combat skills. Fist staying at a distance, flinging arrows at the constructs with a meager bow that he had made in the woods one day on a hunt with his father. As the need arose and he got older and more capable of holding his own in battle he took to learning the ways of skilled hand-to-hand combat using a second-hand broad sword. The broad sword however felt heavy and unwieldy in his hand. He found himself more capable with shorter, lighter weaponry. As time passed, and his skills continued to improve, the Skeleton King sent more and more minions into every raid. At the same time his mother and father were getting older and less capable of defending themselves. 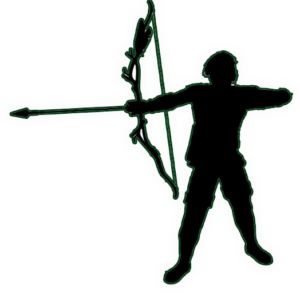 In the last battle Randy saw in their home town, In an effort to protect his wife, Bart gave his own life. It was then that Randy knew what he had to do; hunt down and destroy the minions at their source, Kill the Skeleton King once and for all! When his mother learned of his plan she pleaded with him not to go, but Randy; now more a man than a boy, remained steadfast on his intentions. Knowing that she could not stop him, but also unwilling to send him on his dangerous journey with nothing but the flimsy and weak weapons he was accustomed to, she reluctantly handed him his father long bow, and his trusty dagger. The long bow was sturdy and much more powerful than his, and the dagger; slightly longer than the average dagger but light and sharp as a razor. With nothing but these weapons and a couple of days rations to get him through the next few days, he hugged his mother and kissed her goodbye vowing to one day return.

After leaving his mother’s home he knew that he could not defeat the Skeleton King alone of as he was. He would need to improve his skills and perhaps take on a companion. As in years past he sought the King’s counsel. After trying to stop Randy from taking on this responsibility with no luck, the King realized his only option was to give him the best advise possible. The King knew of a village many miles on the opposite side of the mountain. Many residents of said village were famed for their feats of valor and adventures. The King was sure that if Randy were to travel to this village and ask around he would find somebody willing to help or at very least help him further his battle skills, but also warned Randy to take the long route around the mountain. So, With his father’s weapons and his King’s advice, Randy set off on his journey to this village of adventurers.

Many uneventful days later, after rounding the mountain as the King had suggested, Randy saw a village off in the distance. With a renewed sense of urgency, Randy took off in a hurry to find himself just minutes later at the gates of a village bustling with activity. Tired and weary from his travels, Randy’s first stop was to be the local inn. He opens the door and sits at one end of the tavern bar, to order himself a pint. About half way through his pint, with a keen eye on his surroundings in this strange place, Randy notices a stranger walking his way…………