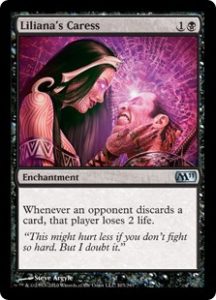 You temporarily age the mind of a creature within range. The creature must make a Constitution Saving Throw or take 3d8 necrotic damage. If the creature is a spellcaster, it will also lose a random, unused spell slot of a level lower than the spell slot used to cast Liliana’s Caress. Creatures will regain lost spell slots after a long rest. On a successful Save, the creature only takes 1/2 damage and does not lose an unused spell slot.

At Higher Levels. When you cast this spell using a spell slot of 4th level or higher, the damage increases by 1d8 for each slot level above 3rd. 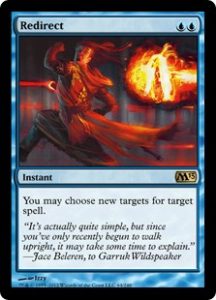